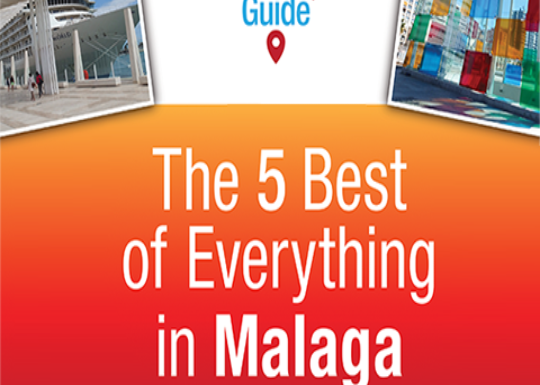 If you’re a one-person band or small business and want to publishsomething, developing an app is a good idea, right? No, not necessarily. But isn’t it like designing or programming a website? Nope, afraid not. It’s expensive, lengthy and full of surprises. OK, but it is worth it?

I recently launched a Malaga travel guide – Guide to Malaga – in an app form. The journey to creating this app was full of ups and downs, and most of all, surprises. This blog post summarises my experience and the notes behind a talk I gave at the Writers and Bloggers About Spain 2015 conference in Antequera Spain.

First steps to developing an app

In the beginning, my Malaga guide wasn’t going to be an app at all. It started life as an ebook, but I wanted a travel guide that was easy to update and portable. The ebook format provided the first option – although users would have to purchase a new copy if they wanted an updated version – but not the second.

An app, on the other hand, is super easy to update and expand (and owners of the app get all the benefits without having to buy a new version). And easy to carry. In the words of one of the reviews, “a pocket sized city guide”. The seed of the Guide to Malaga ebook germinated into an app.

The first surprise came with the discovery that neither I nor anyone in my networks knew an app developer. Surprising when we know so many web developers and programmers. I had to dig deep into contacts to come with up 3 possibles: 2 in the UK and 1 in Spain.

1 of the UK candidates was ruled out straight away because he only built Android apps. Not much good in an iPhone and iPad-dominated world. The second could develop apps for Android and iOS as could the Spanish ‘apper’. So I asked for quotes.

Cue next surprise. Well, shock actually. Think thousands of euros/pounds, a figure way beyond my budget. Back to the drawing board where a change in geographical location stepped in. Time to leave Europe and go east. A friend of a friend recommended an app developer in India and we agreed on a much more manageable figure.

Top tip for app budgets? Expect even simple apps to be expensive. (And if you’re looking for a career change, consider app developer!)

Next surprises – comparing apps for Android and apps for iOS

Developing my Malaga guide app took far longer than planned, almost a month. Changes that seemed small but turned out to be big and design tweaks put the app schedule right out of synch with the website and marketing.

Top tip for app schedules? Expect it to take longer than you’re told – this may of course depend on where you’re developing your app.

But finally I approved the app and it was time to take it to the Apple iTunes and Google Play stores. Cue next surprises.

They’re very different places. I don’t own any Apple devices, but had always heard how intuitive and easy to use they were. Imagine my surprise to discover how challenging it was to complete my details as an owner of an iOS app. I was also shocked to discover Apple take at least 6 days to approve an app, a process that Google does in a matter of hours.

Apple charges €100 a year for your app to appear in their store. Google charges US$25. Google allows different logins for the developer and the owner (I think this is essential if you want to keep your financial details and sales figures confidential). Apple has 1 login ID only so your developer can access all the information about your app including your bank details.

Top tip? Grin and bear it because your app has to cater for Android and iOS. (Also hope that someone in the iTunes developer department reads this and works some Apple magic.)

What no freebies? In my marketing plans I’d included ideas for promotion of my Guide to Malaga app such as running competitions with app prizes, draws for free apps, etc. Google Play offers no promo copies at all and iTunes provides app owners with 100 only.

Don’t start at zero. Once an app is priced as free it must always be free. So you can’t start off with a free app and then start charging for it. Although for paying apps you can change the price if you like. This makes Christmas offers or Black Friday bargains an option as long as you don’t drop to zero.

Is it worth developing an app?

Going the ebook route would have been easier, cheaper and quicker, but would it have been better? I think not and the feedback I’ve had about the guide suggests an app is the best format for a travel guide in the age of smart phones and tablets. 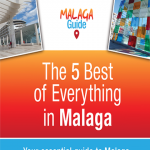 So, in spite of the ups and downs, and most of all the surprises, the experience was definitely worth it. I’m now the owner of a great app – certainly the only Guide to Malaga that’s bang up-to-date and probably one of the best Malaga guides on the market.

If you’d like to know more about my app, read this. If you’d like me to recommend an app developer, get in touch.