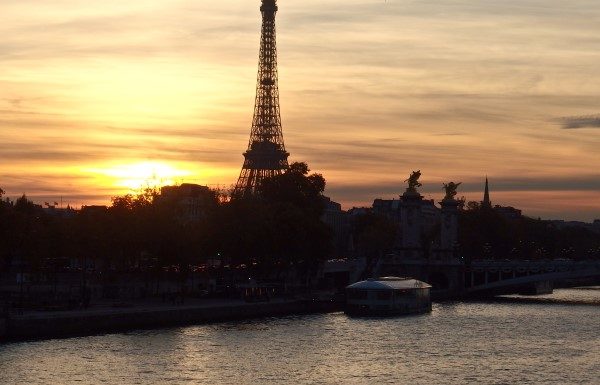 I’ve been mulling this over since Friday 13th November, writing it in my head but never putting pen to paper. Until today when I finally understood why I’d felt the need to post a photo of the Eiffel Tower on my Facebook profile.

Like most people, I’m appalled and shocked practically on a daily basis by the atrocities committed by people in the name of something – religion aka power, nationalism aka power… The pictures of Syrian refugees and their compatriots who haven’t been able to leave move me time and time again. Ditto Irak. Ditto Libya. Ditto Palestine. And so the list goes on.

I recognise that as a single individual there’s nothing I can do that will make a real difference although I like to think that our regular donations to UNICEF, Oxfam and Amnesty International help in some way. As a volunteer with the Red Cross I did feel my Spanish classes to immigrants in Marbella (Moroccan and Senegalese mostly but some Syrians too) did something to help. But despite my empathy and the tiny drop in the ocean help, I’ve never felt the urge to change my social media profiles to a Syrian, Kurdish, Palestinian (etc) flag or monument. And I probably never will. So why Paris?

France is a close neighbour for a start. Always has been and probably always will be. France was the first foreign soil I trod during a primary school trip in the early 70s. Intrepid travellers that we were, popping over The Channel for a very wet couple of days in the tourist hotspots of Boulogne and Calais. Dreadful hotel food but no frog legs, snails or horse as we’d been direly warned and certainly not as bad as British school dinners. But how wonderfully exotic it felt as we went round Calais market and bought smelly Brie for our Dads and even smellier violet scent for our Mums. Happy days. 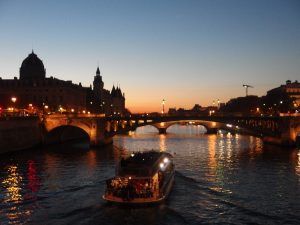 French were the first foreign words I read, wrote and spoke. They accompanied in through A level and then at university. I’m also qualified to teach it and I’ve always loved its rhythm and cadences. French too are some of my favourite authors. Zola’s Germinal and La Bête sowed the first seeds of my social conscience and Camus’ L’Étranger still counts among the books that have made the biggest impression on me.

I didn’t get to Paris until I was 17. Our French assistant at school invited us to her flat on the Rive Gauche. Oh the elegance of Paris la nuit and those Parisian bistrots where we felt a sophistication that somehow you only feel in Paris. More happy days.

I’ve since visited the City of Light several times. Once as au pair in a sweltering August – the discovery of Manet’s Olympia at the Musée d’Orsay lives with me still. Then as a mother, enjoying my daughters’ delight at EuroDisney and their genuine appreciation of Montmartre even though they were just 5 and 7 at the time. Yet more happy days. And then as a wife, celebrating our 20th wedding anniversary with my husband when we uncovered every corner of the City of Love. And again, just 3 weeks ago today when we visited our younger daughter. Our day out at Versailles was possibly the most perfect day ever. A truly happy day.

And that’s of course the other reason for Paris: our younger daughter there on a 4-month placement. Like so many other families, we too held our breaths long and hard on the night of Friday 13th November. We were lucky. We were able to breath a sigh of relief. Unlike so many others.

So Paris lies close to the bone, just as France makes up a fundamental part of my culture, education and experience. That’s why there’s a photo of the Eiffel Tower on my Facebook and Twitter profiles. 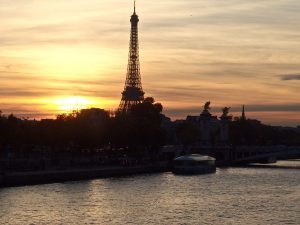