Being bilingual seems to be fashionable at the moment. By that, I mean it’s a term bandied around on LinkedIn profiles, CVs and job requests. I’ve noticed it so much recently that it’s almost as if anyone who speaks two languages qualifies as bilingual. But are they really?

I’m a linguist by profession and a fluent Spanish speaker and writer. I’m also the mother of two daughters who have switched effortlessly between English and Spanish since they uttered their first words. And I’m a long-term resident on the Costa del Sol where speaking three, four or five languages is pretty common. All these plus natural curiosity mean bilingualism fascinates me. But what does being bilingual really mean? 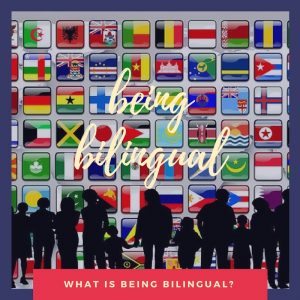 Being bilingual – the official definition

“Having, speaking (fluently) two languages” says The Concise Oxford Dictionary, a definition that means I could call myself bilingual because I do consider myself fluent in Spanish as well as my mother tongue. However, I’m uncomfortable applying the term to myself because I can’t help feeling that there’s more to being bilingual than ‘just’ expressing yourself easily in another language.

Is being bilingual speaking in the right accent?

My personal answer would be yes. It’s one thing to speak a language and another one completely to have a native accent. This is perhaps one of the most difficult aspects of language learning and according to some studies, impossible if you come to a language after childhood. For me, being bilingual is having such an authentic accent that a native would believe you were another native.

I’m therefore not bilingual in this respect – my Spanish accent is good but not perfect. My daughters, however, do have a flat English accent like my own and a genuine Andalusian accent when they speak Spanish. The same applies to many (although not all) of their friends with parents of two nationalities.

Is being bilingual getting all the grammar right?

If you’re fluent in a language it should follow that you get the grammar right too. That means managing that pesky subjunctive in Spanish, those impossible phrasal verbs in English, the complex ‘if clauses’ in many European languages… And getting them right.

But do native speakers get them right all the time? How many Spaniards use andé instead of anduve? (Answer: lots.) How many native English speakers mix up there, their and they’re? (Answer: also lots.) 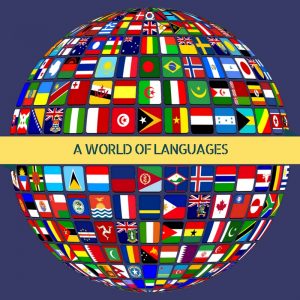 Is being bilingual knowing all the words?

Does anyone know all the words in their mother tongue? The answer is probably very few and most of us make do with just a percentage of those available. The same applies to being bilingual when you obviously know plenty more words. But are they just the same one in another language and if you’re bilingual, do you automatically know the equivalent in your other language?

Is being bilingual understanding the spoken word perfectly?

Another challenge of learning a language is understanding it when spoken on the radio or on screen. The latter tends to be easier because you get help from visual clues (although not always – a stand-up comedian just talks and gives no conceptual clues).

One of my older daughter’s friends (who is bilingual according to her LinkedIn profile) once asked my daughter if she could ‘understand English on the radio’? Cristina’s answer was ‘well, yes”. This surprised her friend, “I didn’t know you were that bilingual,” she said.

It’s worth adding a caveat here – even native speakers obviously don’t understand the spoken word perfectly. I recently watched ‘Hell and High Water’ at a Spanish cinema in English with Spanish subtitles. I was happy to have them at the beginning while I adjusted my ear to the West Texas accent. I’m pretty sure West Texans would need subtitles too if they listened to me.

Is being bilingual feeling the culture?

Speaking a language fluently goes beyond just the use of the word: it also entails getting into the culture:

Being bilingual – my conclusion

I have a good Spanish accent and a practically perfect command of the grammar. I also have a pretty wide vocabulary. But, I don’t consider myself bilingual.

I make mistakes when I speak Spanish. For example, I can’t instinctively remember if espumadera (slotted spoon) or lagartija (lizard) is masculine or feminine (it’s la). My pronunciation of toalla betrays my English origins time and time again. It’s taken me years to feel when to use usted and when not, yet I occasionally trip up on this. And as hard as I bend my ear to tune in, I really struggle to understand what the guy in my fruit shop is saying.

In a nutshell, my English is (and always will be) better.

However, that’s my definition. Judging by the number of ‘bilinguals’ I see on profiles I need to relax my standards. Maybe I should polish up my French and become trilingual…

When do you consider someone bilingual?