Maybe it was the schnitzel with noodles for dinner on the first evening, but my recent holiday cycling round Lake Constance had a definite Sound of Music to it. Same glorious mountain views and picture-perfect villages. Constant Favourite Things ear worms. But a whole lot more water and zero nuns. 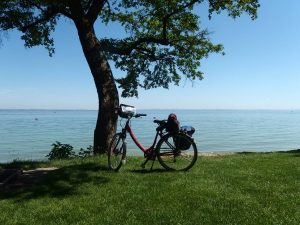 As well as providing endless photo opportunities, the 5-day tour gave me some interesting insights into being European, borders and how they do things in central Europe. This isn’t a piece about cycling round Lake Constance itself – lots of travel blogs already deal with that – but more my observations on our way round Europe’s largest freshwater lake. 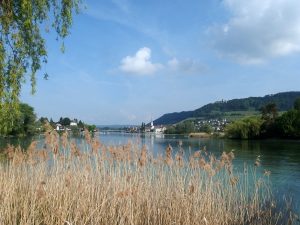 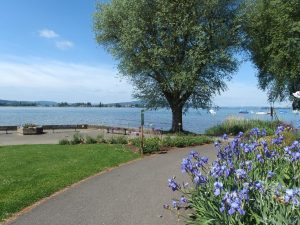 The heart of Europe

I’ve lived in Europe all my life and consider myself European. But it wasn’t until this holiday that I got a real sense of being at the heart of the continent. Malaga and the Costa del Sol, my home for the last 30 years, always feel a little out on a limb, on the periphery of Europe with just Portugal for company.

Cycling round Lake Constance, on the other hand, we zigzagged through the heart of Europe. I don’t know the exact geography but Lake Constance must be pretty near the epi-centre of Europe. It certainly felt like it as we popped in and out of Switzerland, Germany and Austria. France and Italy were both just a short distance away. 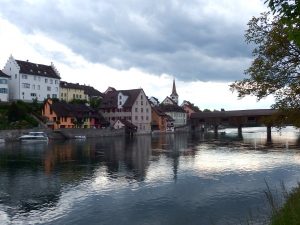 We travelled 277km on our bikes through 3 countries and every day we visited at least 2. We lost track of the borders we crossed – it was often hard to tell if we’d actually entered a different country. We might see the occasional flag or discover the coffee was €8 instead of €4. But it didn’t matter because nothing really changed. And no one asked to see our passports.

The Rhine or bridges often made up the natural frontiers and we saw no manmade barriers except for one in the middle of a very dense beech wood. There was something poignant about 2 rusty (raised) barriers flanked by a red and white pole for Switzerland and a black, yellow and red one for Germany. When was the last time this barrier was down?

With the refugee crisis still unresolved despite its urgency on the European agenda, the lack of borders we encountered seemed almost an insult. The cycle ride round Lake Constance is certainly very white and very western European. The only obvious immigrants we came across was a group of Romanians cleaning the public toilets in Bregenz. 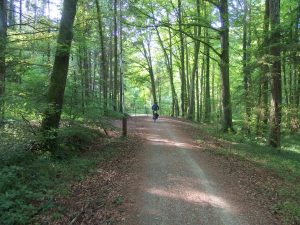 The highlights of cycling round Lake Constance 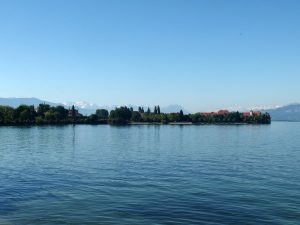 Tips for cycling round Lake Constance

And finally, put it on your must-visit list. There’s something very special about all that water and those snowy Alps behind it. This trip has definitely gone down on my list of Favourite Things.