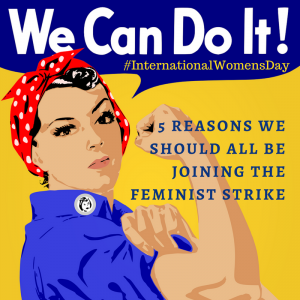 This Thursday 8 March, International Women’s Day, a feminist strike has been called in Spain. Women from all over the country and from all walks of life have been asked to join 24 hours of strike in support of women’s issues. All of which need resolving.

It’s the first strike of its kind and has received strong support in the media. In politics and business, however, there’s plenty of opposition. And worst of all, some women have raised their voices in protest at the idea. From the female Minister of Culture who has called on female hotel workers (known as Las Kellys and among the worst-paid people) to work extra hard Japanese-style to a friend of mine who doesn’t believe women need to protest. This article comes in response to them.

One of the main reasons women are being asked not to work and join the country-wide protests is the huge gap between pay for men and women. This doesn’t just affect the lower echelons of the employment ladder: as the recent scandal over pay among the BBC’s top reporters revealed, women regularly get paid less for doing the same job as men just because, well, they’re women.

I personally have been unaffected by unequal pay. That’s perhaps one of the advantages of being self-employed – I set my own rates. These obviously reflect the quality of my work and have nothing to do with my gender and of course, I’m not competing with a male colleague writing the same words. But I’m well aware that in the corporate world things are very different. One very worthy reason to strike.

One of my friends recently posted on Facebook that she didn’t need laws to help her break the glass ceiling. And I’m well aware of the arguments against making parity in the workplace a legal requirement – everyone, after all, should gain a position on their own merit not because of their gender. But in the real world, it doesn’t work like that.

I read the astonishing statistic today that only 23% of management positions in the province of Malaga are occupied by women. That’s not even a quarter, gals. The same survey shows that more students at Malaga University are female yet there are only 54 women lecturers compared to 240 men. Again, less than a quarter.

Women are as clever, as resourceful, as capable as men in the workplace. But in a world run by men we women don’t have a chance without some legislative help. The same survey calculates that it would take 47 years to achieve real equality between men and women at work if nothing is done. Who can wait almost five decades? Another very good reason to strike.

And then there’s the #MeToo movement. Every woman I know has suffered some sort of sexual harassment ranging from minor – that glance at your cleavage that becomes a leering stare after just a beat – to major and upsetting trauma.

I don’t know a single man who has suffered similar treatment. Maybe it’s because I’ve never asked, but I’m thinking that’s not the reason. Just take clothes as a little example. Does a man have to consider his dress code when he’s getting ready for work? Are these trousers showing my bum too provocatively? Should I do up another button on this top?

Again, as a freelancer working from home my dress code is as free as they come. But, a recent shopping trip for work clothes with my elder daughter (a civil engineer – now there’s a male domain) was a real eye-opener. So many garments just weren’t suitable because they might attract the wrong sort of attention.

Imagining a world without sexual harassment in the workplace (or anywhere) is difficult, but women globally are shouting out and bringing it to our attention. Another big fat reason to join the feminist strike.

Juggling being a woman 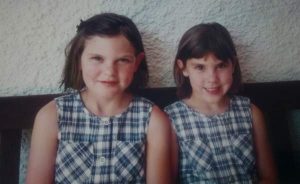 Then there’s the whole “being a woman thing”. Women in my mother’s generation mostly stayed at home to look after the family. Ditto her mother and her mother. In my own generation, things were different. We were encouraged, expected to work and make a career. But, and here comes the caveat, we girls were never offered aspirations of an executive profession or high-flying jobs in engineering or technology. Teaching was good (and I did that one), nursing was too and of course the one all we primary school girls hankered after: air hostess.

But despite the lack of power aspirations, most of my female peers at school and university went onto full-time careers and then probably put them on hold to have a family. None of us had it easy and I do remember the over-riding feeling as a young working mother that I was juggling too many balls. I worried and then worried again that I wasn’t really doing anything right simply because there wasn’t enough time to do it all. Not enough time to be a perfect mother, not enough to be a perfect wife/lover.

But well over two decades later, I have two well-rounded daughters, both set up in their own careers. And I have been married for almost 30 years, so I was obviously doing something OK. But I don’t suppose my husband spent a single second of his life worrying he didn’t have enough time to do it everything perfectly.

My daughters will perhaps have it easier although judging by the excellent article by one of my favourite Guardian journalists, Hadley Freeman, maybe not. Her straw poll among colleagues revealed mixed emotions about being a working mum and not always good ones. Women are still seen as the caretakers, looking after the kids and in a nutshell, running the household. I do know stay-at-home dads but can count them on the fingers of one hand. It’s surely time that changed? Yet another reason to strike.

Another reason behind the feminist strike is to try to change this. “If we stop, the world stops” says the main slogan. And it’s certainly true. We women stop managing households (our own and often other people’s), stop caring for others and bringing up the next generation as best we can and yes, the world does stop. I can’t imagine the objective of Thursday’s strike is to actually bring the world to a halt but taking a day off from doing all we do will bring much-needed visibility.

So, what will I be doing?

It’s obvious I believe wholeheartedly in all the arguments behind the feminist strike on International Women’s Day. I have nothing but admiration for its organisers and the movment behind it. I won’t be striking as such but will be doing my bit to get the woman’s voice heard louder and clearer.

I won’t be typing at my pc busy copywriting. Nor will I be sitting on the settee with my feet up having some welcome time-out from domesticity. Instead, I’ll be at #MakeItHappen, the annual Costa Women event in Marbella, celebrating women in business. It’s one of the best events of the year on the Costa del Sol with a star-studded list of keynote speakers plus a great bunch of women ready to network and work together. I can’t think of a much better way to spend a day out of the office and shout out for women’s rights.

Being at a conference does of course mean I can’t join the marches but for those women who will be out there defending all those arguments above and losing a day’s pay to do it, I salute you. Please join me in support them through the social media hashtags #8M and #el8demarzoyoparo throughout the day. And here’s to true equality and soon!